These quotes appeared on the welcome page of The Write Place during 1999. Click your "back" button to return to your previous page. Enjoy!

--adapted from a quote heard
on "Courageous Living" radio program

"People don't fail.
They just give up trying."

--seen on a billboard in the
coastal city of Aberdeen, Washington

"Life is short and we have never too much time
for gladdening the hearts of those who
are travelling the dark journey with us.
Oh be swift to love, make haste to be kind."

"I'm going to a special place when I die, but I want to make sure that my life's special while I'm here, and when I'm done here, then my time is done."

--Payne Stewart, pro-golfer, died last week when his plane went down.
Referring here in an earlier interview to his Christian faith.
(1957 - 1999) 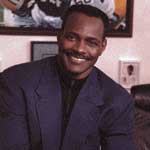 "...when something like this happens to you, you really get in touch with your spiritual side. And I now know what Martin Luther King, Jr. meant when he said, 'I just want to do God's will . . . .' So I'm happy tonight, I'm not worried about anything."

"Life is an endless struggle, full of frustrations and challenges,
but eventually you find a hairstylist you like."

"Nothing in the world can take the place of persistence.
Talent will not; nothing is more common than unsuccessful men of talent.
Genius will not . . .the world is full of educated derelicts.
Persistence and determination alone are omnipotent.
The slogan 'press on' has solved and always
will solve the problems of the human race."

"A human life is like a single letter of the alphabet.
It can be meaningless. Or it can be a part of a great meaning."

--quoted by Anne Lamott in her book,
Traveling Mercies (c. 1999, Pantheon Books), p. 100
(she reported seeing this quote at the Jewish Theological Seminary)

"Out of every 100 people who say they want to write a book
and have the talent to do it, only a couple actually will--
because what's needed even more than talent
is tenacity."

--quote heard by N.J. Lindquist
at a conference held at Humber College
during the first week of August 1999

"What is success?
I think it is a mixture of having a flair
for the thing you are doing;
knowing that it is not enough,
that you have got to have hard work
and a certain sense of purpose."

"I think everyone needs to feel
that they've created something
that was their own,
on their own terms."

"Anything in life is possible if you make it happen.
And it's never too late."

--Jack LaLane (quote posted in the lobby
of a hotel in Cedar Rapids, Iowa)

"The spirit of liberty is the spirit of Him who, near
two thousand years ago, taught mankind that lesson it
has never learned, but never quite forgotten:
that there is a kingdom where the least shall be heard
and considered side by side with the greatest."

"Don't wait for inspiration.
Light out after it with a club.
If you don't get it, you'll get something
that looks remarkably like it."

"If you were going to die soon
and had only one phone call you could make,
who would you call and what would you say?
And why are you waiting?"
--Stephen Levine

"A father is someone who carries pictures
where his money used to be."
--Unknown

(Here's advice from inspirational author Ruth Scofield
in an interview by Ann Bachman, appearing recently
in the free netletter The Rock, 5/31/99.)

"Courage comes in many shapes and sizes. The very act of learning your craft takes courage, then showing your writing to another for the first time takes more. Rejection is so high in this business. Learning to live with that, takes courage. So my advice? Define what your dream is, then go for it. Look for God's guidance and you'll find it. Never let discouragement rule. If you let your dream lie within you unborn, you'll never get over the regret of 'not trying.'"

"They went not for conquest and not for gain,
but only to protect the anguished and the innocent.
They suffered greatly and by their heroism in a thousand forgotten battles
they added a luster to the codes we hold dear:
duty, honor, country, fidelity, bravery, integrity...."

-- William Sessions, former FBI director
and a veteran of the Korean War

"I pray that our Heavenly Father may
assuage the anguish of your bereavement, and leave
you only the cherished memory of the loved and lost,
and the solemn pride that must be yours, to have
laid so costly a sacrifice upon the altar of Freedom."

"To write today is to let tomorrow into your life."

"Would you tell me, please, which way I ought to go from here?" asked Alice.

"That depends a good deal on where you want to go," said the Cat.

"I don't much care where," said Alice.

"Then it doesn't matter which way you go," said the Cat.

"All I am I owe to my mother.
I attribute all my success in life to the moral, intellectual
and physical education I received from her."

"The choices we make
dictate the life we lead."

The horrific shootings at Columbine High School in Littleton, Colorado causes us to reflect on good and evil, on life and death, and begs us to examine our relationships with one another and with God.

"For God so loved the world that he gave his one and only Son, that whoever believes in him shall not perish but have eternal life. For God did not send his Son into the world to condemn the world, but to save the world through him. Whoever believes in him is not condemned, but whoever does not believe is condemned already because he has not believed in the name of God's one and only Son. This is the verdict: Light has come into the world, but men loved darkness instead of light because their deeds were evil."

"Man is a storytelling animal. Therefore
God has given him a story to live."

L. Frank Baum, author of the wildly popular Wizard of Oz series at the turn of the century, wrote to his publisher C.S. Britton regarding the status of his latest project, The Patchwork Girl of Oz--and revealed his method for developing a novel:

"The odd characters are a sort of inspiration, liable to strike me at any time, but the plot and plan of adventure takes me considerable time to develop. When I get at a thing of that sort I live with it day by day, jotting down on odd slips of paper the various ideas that occur and in this way getting my material together. The new Oz book is in this stage. I've got it all--all the hard work has been done--and it's a dandy I think. But...it's a long way from being ready for the printer yet. I must rewrite it, stringing the incidents into consecutive order, elaborating the characters, etc. Then it's typewritten. Then it's revised, retypewritten and sent on to Reilly & Britton."

"The best things are nearest:
breath in your nostrils, light in your eyes,
flowers at your feet, duties at your hand,
the path of God just before you."

(March 28th is Palm Sunday, an important event in Judeo-Christian history, followed by Passover Week and Easter Sunday. Here's a synopsis of what happened two thousand years ago.)

"The week before Jesus' crucifixion was filled with activity in and around Jerusalem. Jesus rode triumphantly into Jerusalem on Sunday. On Monday He drove out the merchants and money changers from the temple. On Tuesday He taught in the temple, answered questions about paying taxes to Caesar, and pointed out a widow giving her two small coins in the temple treasurey. Wednesday [was a day of silence]. On Thursday the disciples prepared the Upper Room for the Passover Supper, the Last Supper, which they ate with Jesus Thursday evening after sunset. That night, after the supper was ended, they went to Gethsemane, where Jesus prayed until the early morning hours, when Judas came with a band of men to capture Him. Jesus was then taken to the high priests Annas and Caiaphas, and before the council, for trial. When the council condemned Jesus to death, Judas was filled with remorse and hanged himself. Jesus was then taken before Pilate, [the Roman] procurator of Judea, to be sentenced [and later crucified on what is traditionally called Good Friday]."

(Excerpt from a technology column in
The Costco Connection, March 1999 issue.)

Q: "What do you think was the most formative event in your childhood that led you to your current life path?" --Sarah Harper

A:"I think it was having parents and grandparents who read to me and got me interested in reading on my own. They helped me understand that I could go out and learn neat things and read about interesting stuff--just by opening a book. If I had to pick just one thing, it would be that."

"Our life is frittered away by detail....
Simplify. Simplify."

"Keep in mind that the true measure of an individual
is how he treats a person who can
do him absolutely no good."

(President Clinton--impeached, but acquitted of perjury and obstruction of justice)

"[Even] nations so honorably distinguished by their advances
in science and civilization
[can] suddenly cast away the esteem they had merited from the world and,
revolting from the empire of morality, assume a character in history
which all the tears in posterity will never wash from its pages."

"I believe we are the sum total of all that we do,
i.e., what we 'do' is who we 'are.' This is true because
as adults we make deliberate choices in our actions.
Therefore, our actions describe our inner selves,
what sacrifices we're willing to make,
what evil we're willing perpetrate.
...Our actions are the blueprint of our character."

-- Laura Schlessinger, PhD., from her book,
How Could You Do That?! Abdication of Character, Courage, and Conscience
published by HarperCollins, 1996 (p. 185).

"Every person's life is a fairy tale
written by God's fingers."

"I wish you love, and strength, and faith, and wisdom,
goods, gold enough to help some needy one.
I wish you songs, but also blessed silence, and
God's sweet peace when every day is done."

-- Dorothy Nell McDonald
published in A Garden of Joy (1995)

Best viewed with Netscape 2.0 or higher