Previous "Quotes of the Week"

These quotes appeared on the welcome page of The Write Place during 2007 to the present. Click your "back" button to return to your previous page. Enjoy!

"Twenty years from now you will be more disappointed by the things that you didn't do than by the ones you did do. So throw off the bowlines. Sail away from the safe harbor. Catch the trade winds in your sails. Explore. Dream. Discover.”
~ Mark Twain


"Poetry lifts the veil from the hidden beauty of the world,
and makes familiar objects be as if they were not familiar."

"Painting is silent poetry,
and poetry is a speaking picture."
~ Simonides

"Poetry is when an emotion has found its thought
and the thought has found words."
~ Robert Frost


"I believe that man will not merely endure; he will prevail.
He is immortal, not because he alone among creatures has an
inexhaustible voice, but because he has a soul, a spirit capable of
compassion and sacrifice and endurance.
The poet's, the writer's, duty is to write about these things.
It is his privilege to help man endure by lifting his heart, by reminding him
of the courage and honor and hope and pride and compassion and
pity and sacrifice which have been the glory of his past."


"A good book is the precious life-blood of a master-spirit,
embalmed and treasured up on purpose to a life beyond life."

~ N. Scott Momaday (born 1934),
Native American (Kiowa) writer,
recipient of the Pulitzer Prize for Fiction
in 1969 for House Made of Dawn


"I, on my side, require of every writer, first or last,
a simple and sincere account of his own life,
and not merely what he has heard of other men's lives."


"Ability is what you're capable of doing...
Motivation determines what you do...
Atttitude determines how well you do it."
~ Unknown


"No people can be bound to acknowledge and adore the invisible hand which conducts the affairs of men more than the people of the United States. Every step by which they have advanced to the character of an independent nation seems to have been distinguished by some token of providential agency...We ought to be no less persuaded that the propitious smiles of heaven cannot be expected on a nation that disregards the eternal rules of order and right, which heaven itself has ordained."


"May your blessings outnumber
The shamrocks that grow,
And may trouble avoid you
Wherever you go."


"It is in their 'good' characters that novelists make, unawares, the most shocking self-revelations."


"Life is fluid
and where we are at this very moment
is not where we will be tomorrow.
We grow. We move forward."


"I have always thought of Christmas time, when it has come round, as a good time; a kind, forgiving, charitable time; the only time I know of, in the long calendar of the year, when men and women seem by one consent to open their shut-up hearts freely, and to think of people below them as if they really were fellow passengers to the grave, and not another race of creatures bound on other journeys."


"O Lord that lends me life,
Lend me a heart replete with thankfulness."


"No matter how they cast their ballots, all Americans can be proud of the history that was made yesterday. Across the country, citizens voted in large numbers. They showed a watching world the vitality of America's democracy, and the strides we have made toward a more perfect union. They chose a President whose journey represents a triumph of the American story -- a testament to hard work, optimism, and faith in the enduring promise of our nation."

~ President George Bush, in a speech delivered in the Rose Garden
on the historic election of 2008


"Democracy cannot succeed
unless those who express their choice
are prepared to choose wisely.
The real safeguard of democracy,
therefore, is education."


"How far that little candle throws his beams!
So shines a good deed in a weary world."


"My friends, whoever has had experience of evils knows
how whenever a flood of ills comes upon mortals, a man fears everything;
but whenever a divine force cheers on our voyage, then
we believe that the same fate will always blow fair."
~ Aeschylus

"The hurricane flooded me out of a lot of memorabilia,
but it can't flood out the memories."
~ Tom Dempsey, NFL player (1947), on Hurricane Katrina

"There is a tide in the affairs of men,
Which taken at the flood, leads on to fortune.
Omitted, all the voyage of their life is bound in shallows and in miseries.
On such a full sea are we now afloat.
And we must take the current when it serves, or lose our ventures."
~ William Shakespeare

"Are you upset little friend?
Have you been lying awake worrying?
Well, don't worry...I'm here.
The flood waters will recede, the famine will end,
the sun will shine tomorrow,
and I will always be here to take care of you."
~ Charlie Brown to Snoopy 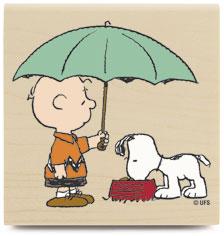 
"Beginning today, treat everyone you meet
as if they were going to be dead by midnight.
Extend to them all the care, kindness, and
understanding you can muster,
and do it with no thought of any reward.
Your life will never be the same again."


"Don't write merely to be understood.
Write so that you cannot possibly be misunderstood."


"What lies behind us and what lies before us
are tiny matters compared to
what lies within us."


"The swiftly done work of the journalist, and the cheap finish
and ready-made methods to which it leads,
you must try to counteract by writing with the most
considerate slowness and on the most ambitious models.
And when I say "writing" -- O, believe me,
it is rewriting that I have chiefly in mind."

~ Robert Louis Stevenson (1887),
in a letter to an aspiring young journalist.


"Good Friday is the mirror held up by Jesus
so that we can see ourselves in all our stark reality,
and then it turns us to that cross and to his eyes
and we hear these words,
"Father forgive them for they know not what they do."

And so we know beyond a shadow of a doubt
that if we say we have no sin, we deceive ourselves.

We see in that cross a love so amazing so divine
that it loves us even when we turn away from it,
or spurn it, or crucify it.

There is no faith in Jesus without understanding that on the cross
we see into the heart of God and find it filled with mercy
for the sinner whoever he or she may be."


"Only those who see the invisible
can do the impossible.”